Men at Home meetings began in 1990, when increasing numbers of men were at home in Wylam during the day, at least in part due to rising unemployment and forced early retirement, leaving what was thought to be a gap in provision within the community. Thankfully, that problem is rather less today but meetings are still held monthly, at 10.30 am on the second Wednesday of the month with the exception of August, with an outing by coach in July. Meetings are friendly and informal, lasting about an hour or a little over, with refreshments served for 20 minutes or so before the start.

Meetings attract an audience of between 35 and 45, drawn from Wylam and nearby communities, enjoying a wide range of excellent speakers and topics. There is no membership fee but a donation of £2 per meeting is suggested in order to cover expenses and the cost of refreshments. Pick up a programme from the church. 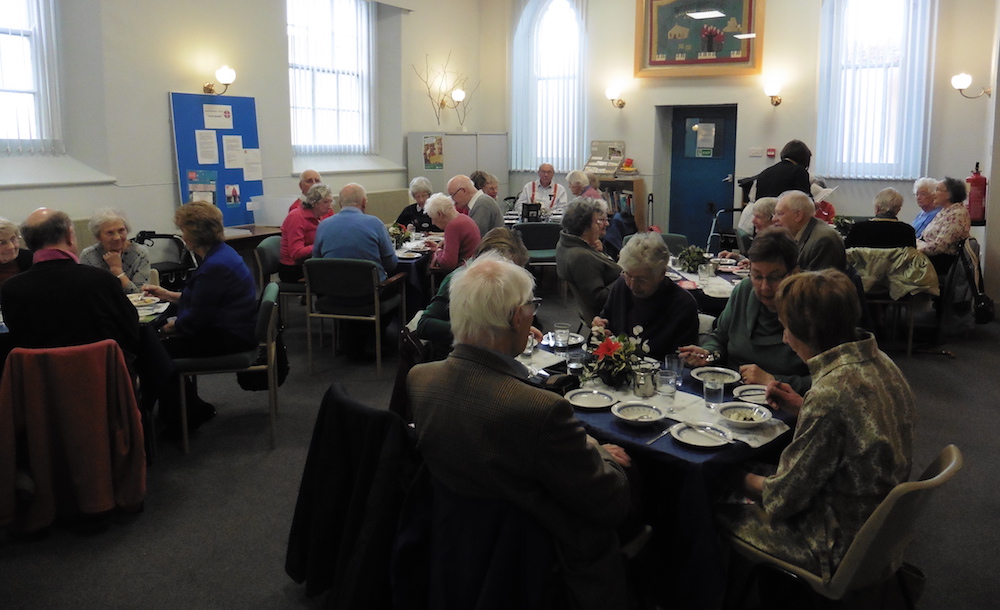 The soup lunch club meets at noon on the first Wednesday of every month except January, providing lunch for over 70s from the village and surrounding area. It has now been running for over 25 years. Participants enjoy a choice of both soup and dessert each time, as well as each other’s company! A team of helpers prepares the food and serves it. Donations are made for the lunch, all profits going to The People’s Kitchen. In 2017, we were able to donate over £750 to this good cause.

Particularly for one-off events and for alterations to usual activities.